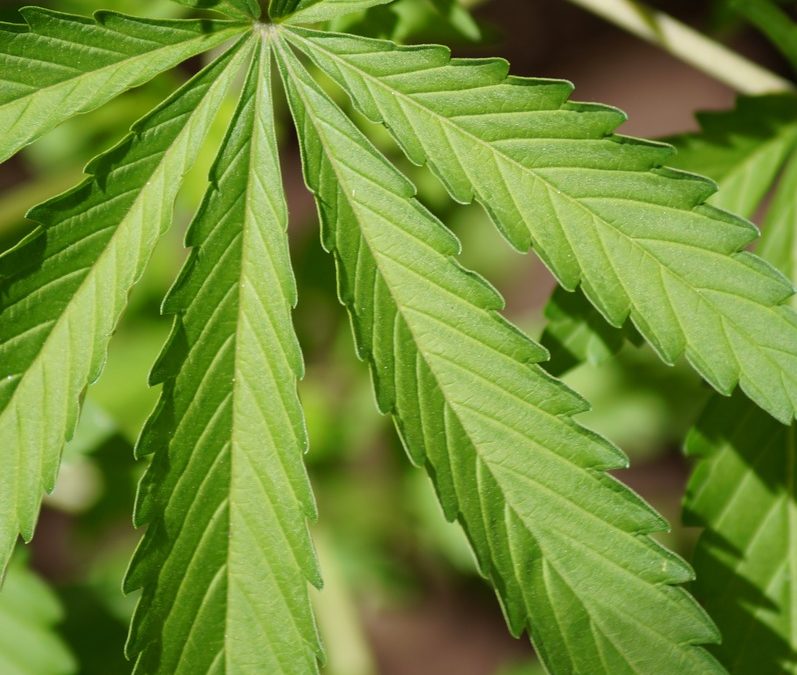 Cannabinoids are no more than chemical compounds. The human body creates cannabinoids—known as endocannabinoids—as a kind of metabolic stabiliser. Plants also create these compounds, only they use them as a natural defence mechanism against environmental hazards such as insects and harsh weather.

When produced in plants, they are called phytocannabinoids. Phytocannabinoids, along with terpenes, flavonoids, and other desirable compounds, are produced in the trichomes—external glands that appear on the plant as tiny, hair-like outgrowths.

WHEN WERE CANNABINOIDS DISCOVERED?

The discovery of cannabinoids only happened in the last century.

During the 1930s, both German and American scientists began preliminary research into the plant. In Germany, Hitler banned research when he came to power. However, in the US, several scientists also began to study the plant. This included a chemist named Siegfried Loewe, employed by the US Department of Prohibition. Until the 1940s, however, research on cannabinoids was designed to create “science” that would delegitimise and stigmatise the use of the plant.

Serious cannabinoid research, however, only really got underway after WWII, in the 1940s. Dr Raphael Mechoulam is considered the leading figure in this research. Conducted in Israel, and largely funded by the United States, he continued to be a pioneer in the field for the next half-century. Mechoulam is also the person who discovered the endocannabinoid system (ECS). Today, the ECS is considered the fourth major circulatory system of the human body.

HOW MANY CANNABINOIDS ARE THERE?

• THC: Also known as tetrahydrocannabinol, it is the best-known cannabinoid. It is psychoactive and responsible for creating the “high” recreational users enjoy.

• CBD: Also known as cannabidiol, it is used as a daily supplement and for specific purposes related to individual health and wellness. It does not produce psychoactive effects.

• THCV: Also known as tetrahydrocannabivarin, it is a compound that has only recently begun to gain attention. This psychoactive cannabinoid is found mostly in cultivars from Asia.

• CBDV: Also known as cannabidivarin, it is a non-psychoactive compound that occurs more frequently in wild indica strains.

• CBG: Also known as cannabigerol, it is a non-psychoactive compound. Discovered in 1964, it mostly appears in trace amounts in modern strains.

• CBC: Also known as cannabichromene, it is one of the most abundant cannabinoids found in cannabis.

HOW DO CANNABINOIDS INTERACT WITH THE HUMAN BODY?

Cannabinoid receptors are found throughout the human body and together compose the endocannabinoid system (ECS). These receptors are involved in a variety of physiological processes including appetite, mood, and memory.

There are two main kinds of cannabinoid receptors. The first, called CB1, are found in the central and peripheral nervous system. CB2 receptors are found mainly in the immune system, lungs, liver, and kidneys. However, new research is finding that they are expressed in the brain as well.

The so-called “orphan receptor” GPR55 is also very interesting. Research has shown that GPR55 responds to cannabinoids, and thus it may in time be classified as a CB3 receptor.

Other receptors—like transient receptor potential vanilloid 1 (TRPV1), which modulates the sensation of pain—may also act as cannabinoid receptors. Furthermore, serotonin receptors are known to be influenced by cannabinoids such as CBD.

This is just the tip of the iceberg, as there is still a long ways to go before we fully understand each cannabinoid’s molecular targets.

ARE CANNABINOIDS GOOD FOR YOU?

The question of whether cannabinoids are “good” for you has been mired in squabbles about legalization and medical use for many decades. In the middle of the last decade, as recreational reform began to appear in Canada and many American states, these questions became front and centre in all legalization discussions.

Currently, cannabis containing THC is classified as a narcotic. It is prescribed mostly as a drug of last resort. CBD, however, has been widely touted as a wellness product, namely to keep the body in balance and to ease tension and enhance the mood. Many people consume this cannabinoid in oil form.

As cannabis reform continues, there will undoubtedly be more research into the health effects of cannabinoid use. Given there are over 100 such chemical compounds in the plant, there’s so much more to learn.

ARE CANNABINOIDS FOUND IN OTHER PLANTS?

While cannabis plants remain the best source for cannabinoids produced outside the human body, there are other plants that can activate the human endocannabinoid system.

• Echinacea: A group of flowering herbs belonging to the daisy family
• Electric daisy: Known as the “toothache plant”, it has long been used for holistic purposes
• Helichrysum umbraculigerum: Found in Africa, it is believed to contain high concentrations of CBG
• Chocolate and black pepper: These may also contain cannabinoids, and have been found to increase the impact of cannabinoids themselves

Cannabinoids are gradually becoming legal. Over the last several years, cannabis plants containing THC have become legitimised in countries like Canada and many American states for both medical and recreational use. In Europe, THC-containing cannabis has been classified as a narcotic and is legal in countries like Germany with a doctor’s prescription.

Plants that contain mainly CBD and hardly any THC (also called hemp) are slowly being legalized at a federal level in most places and regulated for food, supplements, and cosmetics.