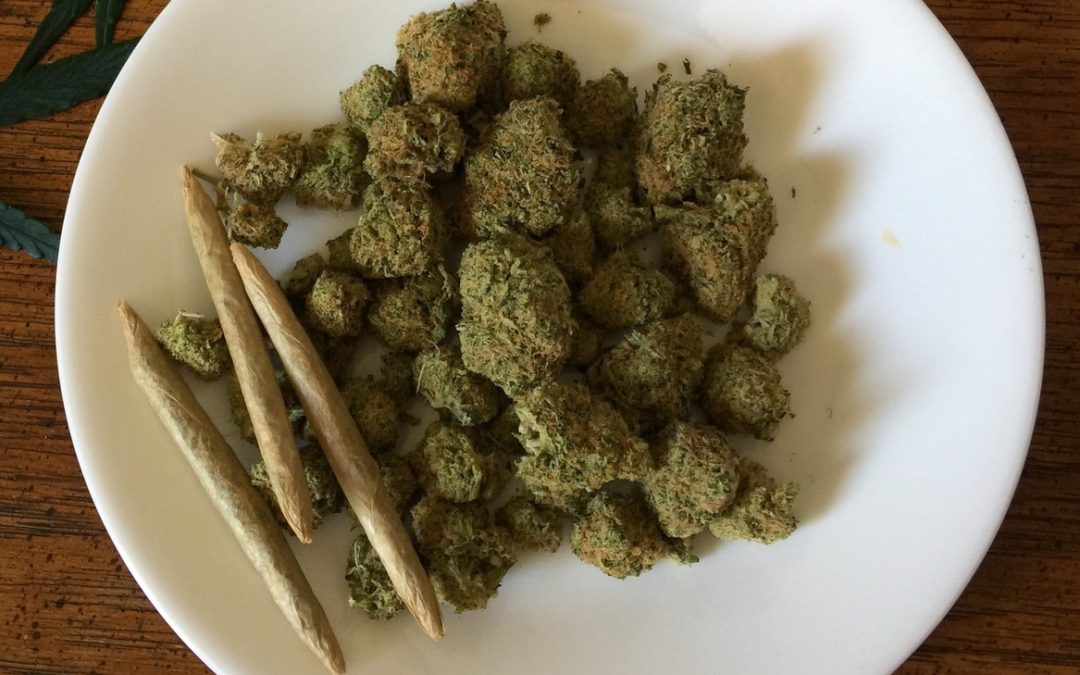 CBD, also known as cannabidiol, is a naturally occurring compound found in hemp and cannabis plants. The compound belongs to a chemical class called cannabinoids, which are produced by small, mushroom-shaped chemical factories called trichomes that occupy the leaves and flowers of cannabis plants.

Humans have developed a fascination with cannabinoids for their psychoactive and/or medicinal properties. Over 100 cannabinoids have been discovered in cannabis, with THC and CBD being the most abundant and frequently studied. CBD is present in all cannabis plants to varying degrees. Plants cultivated to produce high levels of THC usually produce low quantities of CBD. However, breeders are developing an increased interest in CBD, with more plants now being selectively bred for higher CBD content.

CBD can be derived from all different strains of cannabis plants, although some cultivars contain much higher levels than others. Industrial hemp, a type of cannabis that has been bred to produce tall and thin plants low in THC and reasonably high in CBD, is one of the most common sources of raw material for cannabidiol.

THE GROWING POTENTIAL OF CBD

CBD has gained immense popularity due to ongoing scientific research revealing its numerous therapeutic properties. Although THC has also shown vast therapeutic potential, the non-intoxicating nature of CBD attracts users who want to experience the benefits of cannabinoids without getting high in the process. Many users choose to take CBD as part of their daily supplement regimen. Taking CBD oil is one of the easiest and most practical ways to consume the cannabinoid.

So, how exactly does CBD work in the body, and what are the benefits?

HOW DOES CBD WORK?

One of the key ways any cannabinoid works in the body is via the endocannabinoid system. This physiological system is known to play a regulatory role in many other systems, and is primarily made up of two receptors found on many cell types throughout the body: CB1 and CB2 receptors.

By acting upon this array of receptors, CBD is known to produce pharmacological actions such as anti-anxiety, anti-inflammatory, neuroprotective, antioxidant, and anti-seizure effects.

CBD can be taken in various different forms, from flowers and edibles to oils and extracts. Many users report relief from certain symptoms via the cannabinoid’s anti-inflammatory and calming effects.

Related Article
The Difference Between CBD Oil And Cannabis Oil

CONDITIONS THAT CBD IS SHOWING PROMISE FOR

CBD’s medicinal qualities are being studied in much greater depth than ever before. Although we have a lot more to learn, the compound is showing therapeutic promise for many different conditions.

CBD has been shown to treat anxiety in both animals and humans. A 2012 review conducted by a team of researchers at the Institute of Psychiatry at Universidade Federal do Rio de Janeiro shows that the cannabinoid can help treat people with social anxiety disorder, and suggests it could also help to treat obsessive-compulsive disorders, PTSD, and other anxiety-related conditions.

CBD also has anti-nausea and anti-vomiting qualities. This can be highly valuable to patients experiencing side effects from drugs such as chemotherapy. A 2012 study found CBD to possess both anti-nausea and antiemetic effects when administered to rats.

CBD may also be effective in cases of pain. Research suggests that CBD may help to relieve pain by inhibiting the transmission of pain signals in our body. A 2012 study published in the Journal of Experimental Medicine found that CBD suppressed inflammatory and neuropathic pain in rodents, without building up a tolerance.

A 2007 meta-analysis also found that Sativex, a popular mouth spray containing an almost 1:1 ratio of CBD and THC, reduced neuropathic pain in patients suffering from multiple sclerosis. These results suggest that CBD may play an important role in managing pain associated with a variety of conditions, such as arthritis, fibromyalgia, or even cancer.

The anti-inflammatory qualities of CBD are also showing promise for skin conditions such as allergic contact dermatitis via the endocannabinoid system present in the skin.

ALWAYS TALK TO YOUR DOCTOR BEFORE TAKING CBD

CBD is generally considered safe, however, it is recommended to also talk to your doctor before taking this cannabinoid. CBD is known to interact with some medications in the liver, so before taking CBD oil, it is advised to make sure it is safe for your unique situation.